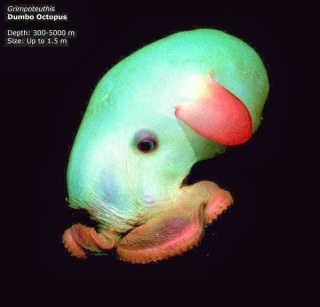 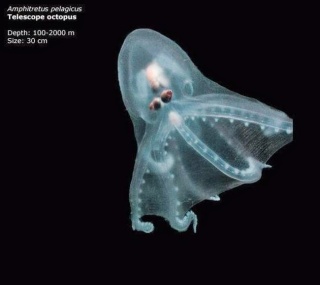 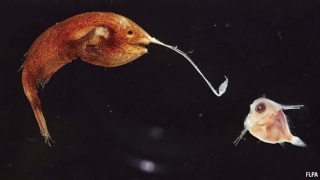 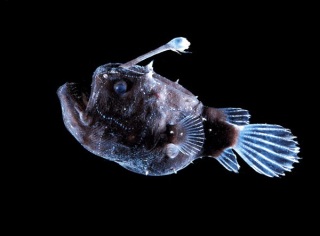 Footballfish are deep-sea anglers that live in the Mariana Trench. They look like a football, thus the name. The lure on the top of their heads is what attracts their prey, which they then quickly snap up with their fierce jaws.

Hatchetfish are deep-sea fish that are not exclusive to the Mariana Trench, but are still odd-looking. The hatchetfish are special creatures because they are capable of producing their own light, which helps them escape from predators. At those depths, a built-in flashlight is handy to have!

Frilled sharks are one of the oldest species around and they lurk in the depths of the Mariana Trench. They’re hard to spot, which makes them terrifying to prey when they use their snake-like bodies to sneak around.