This monument which stands in Whitehall to the North of the Cenotaph was unveiled by Queen Elizabeth II in 2005. It is by John W Mills and is dedicated to the many women who took part in the World War.

17 sets of clothing represent the many jobs undertaken by women and include a Land Army uniform, a Police Uniform and a welding mask. 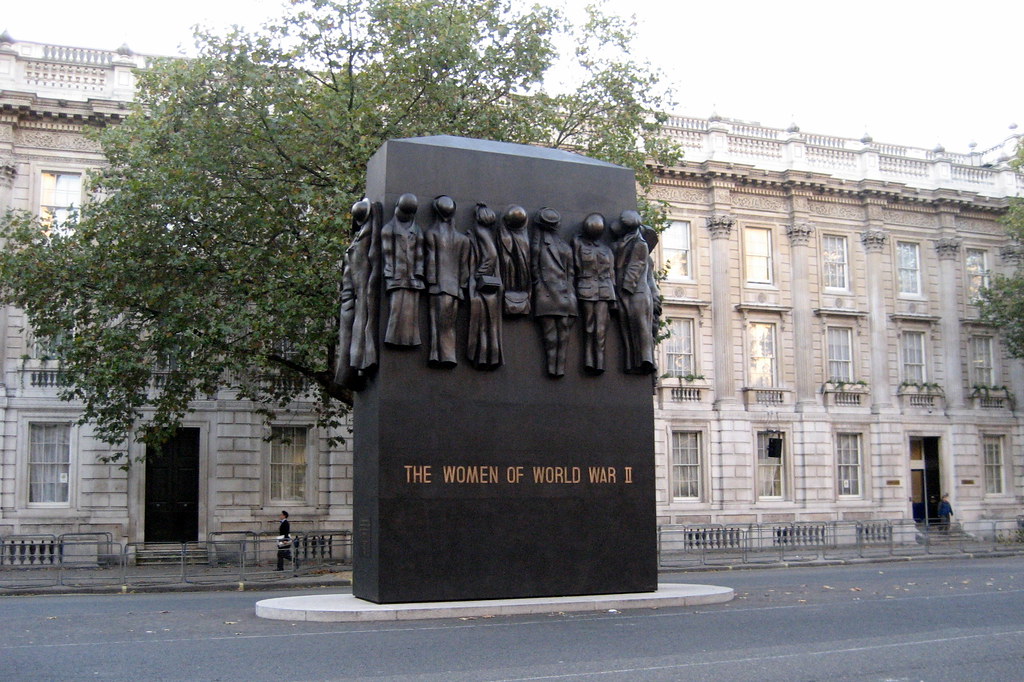 At the unveiling Baroness Boothroyd said “This monument is dedicated to all the women who served our country and to the cause of freedom, in uniform and on the home front. I hope that future generations who pass this way will ask themselves: ‘what sort of women were they?’ and look at our history for the answer.”. The unveiling was accompanied by a Royal air Force flypast of 5 helicopters and 2 jet fighter all piloted by women.