The Guards Memorial, situated opposite the Whitehall parade ground, was designed by the sculptor Gilbert Ledward and was erected in 1926 to commemorate the battles of World War I and in memory of the officers, non-commissioned officers and guardsmen of the royal regiments of Foot Guards who gave their lives during the Great War 1914-1918. It also contains a memorial to the Officers and Men of the Household Cavalry, Royal Regiment of Artillery Corps, Royal Army Medical Corps and other Units who served in the Guard’s Division in France and Belgium 1915-1918. 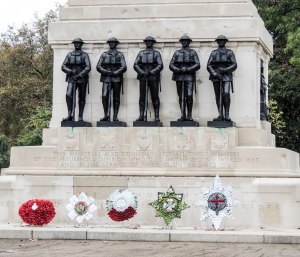 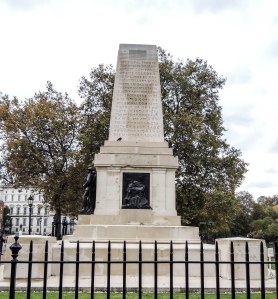