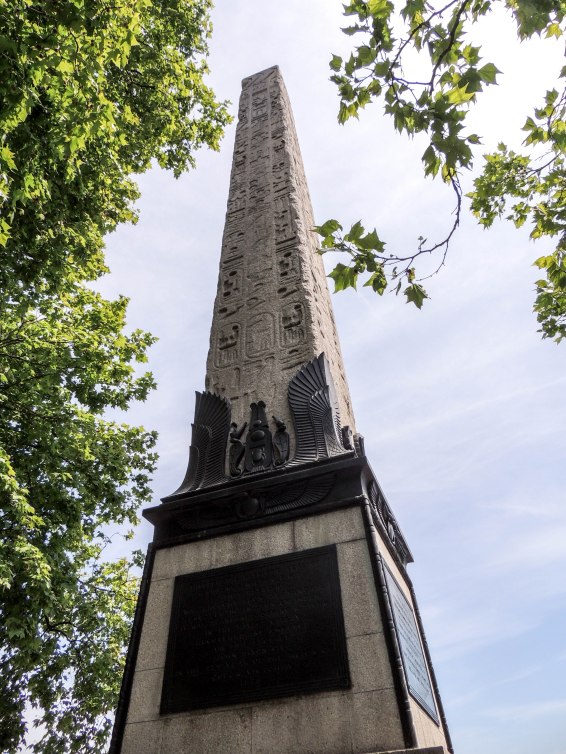 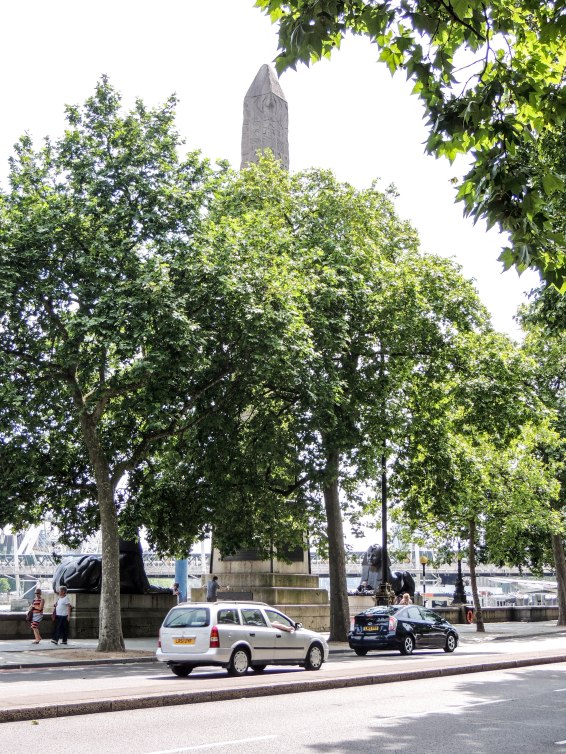 This ancient Egyptian obelisk which stands on the banks of the River Thames in Central London was a gift to the United Kingdom from the rulers of Egypt to commemorate Lord Nelson’s victory at the Battle of the Nile in 1798. Although it was presented in 1829 it remained in Alexandria until it was finally shipped to the UK in 1877 and erected on the Embankment. 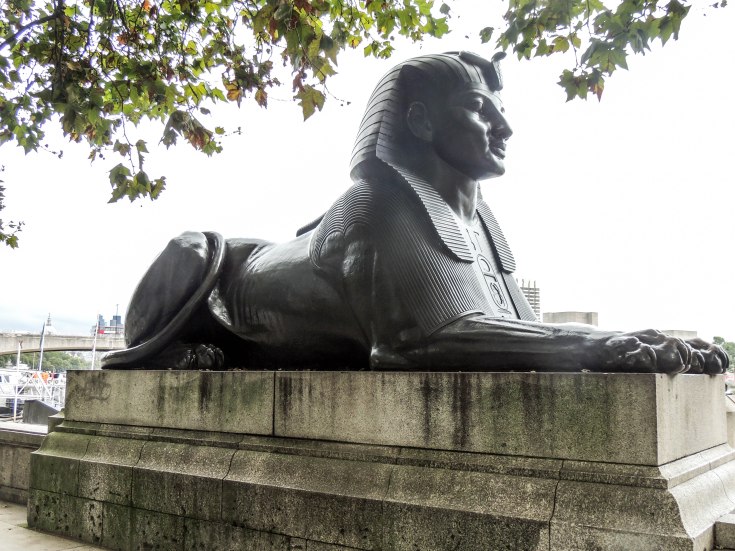 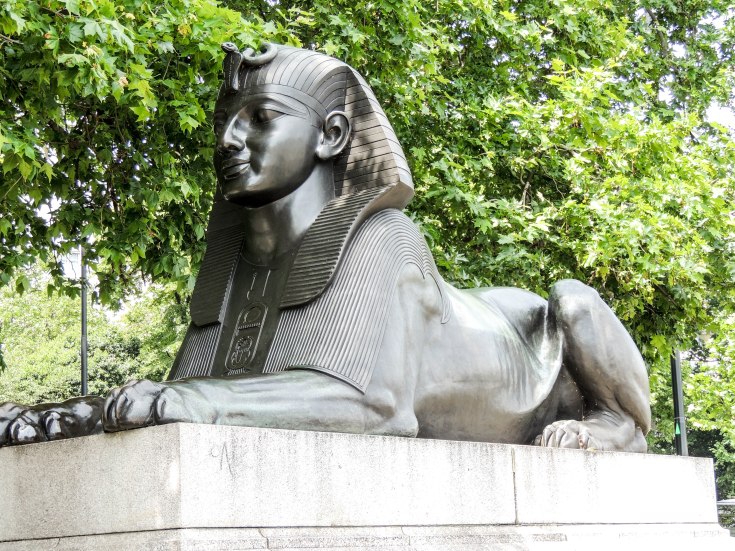 The name is historically inaccurate as the obelisk dates from the reign of Tutmoses III around 1450 BCE and so was already 1350 years old at the time of Queen Cleopatra. It had originally been erected in the city of Heliopolis but had been removed to Alexandria in 12 BCE by the Roman Emporer Augustus.

There is another story commemorated on the monument and that is of the obelisk’s journey from Eygpt to London. There had been much discussion as to how it was to be transported and eventually a special barge was built to hold the obelisk. This was named ‘The Cleopatra’. It was to be towed by a steamboat ‘The Olga’ all the way from Eygpt to the UK. All went well until the boats reached the Bay of Biscay when it appeared the Cleopatra was going to sink. Fearful for the lives of the crew on board the barge, the captain of the Olga launched a boat to take them off. However, the sea was too rough and the boat capsized with the loss of 6 lives. The captain then managed to bring the Olga alongside the Cleopatra and the crew boarded the steamship. He then cut the cable and left the Cleopatra to its fate. 5 days later the Cleopatra was discovered by another ship, still afloat, and towed to the port of Ferrol in Spain. Another steam tug was sent from the UK and the obelisk finally arrived in London in January 1878. The names of the seaman who lost their lives during the journey are recorded on a plaque at the base of the obelisk