Stepney, like its sister engine Fenchurch, is an example of the Studeley A1X Terriers that ran on many of the branch lines on the southern area at the turn of the last century. Stepney spent much of its working life on the Hayling island branch line. It is now 139 years old, having been built at Brighton in 1875 showing the skill of the original builders and maintenance, the resilience of these engines and the skill of the preservationists.

It was the first engine bought for the Bluebell railway back in 1960 and had the role of pulling the first passenger train on the line whem it opened to the public in May of that year.

It was taken out of service in 2008 and restored to running order in time for the 50th anniversary celebrations of the line. It was removed from service again in 2014 to await a major overhaul.

It is not in high priority today as the regular trains on the line require more power than Stepney can provide. The original services were only 2 carriages long! 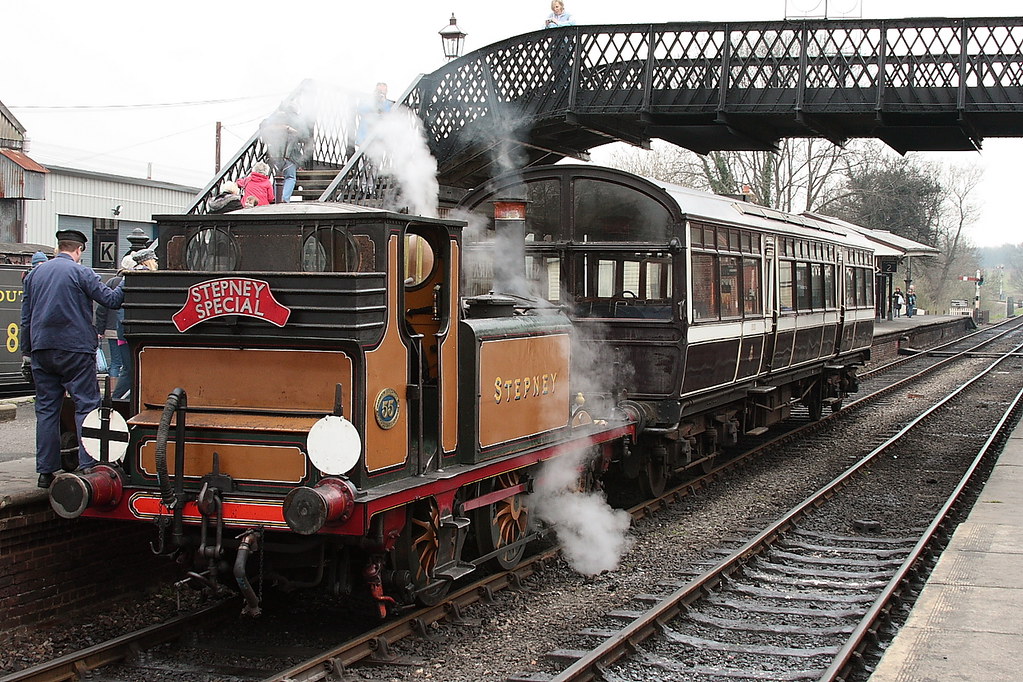