When the Courtaulds came to Eltham they brought their pet Ring-tailed Lemur with them. Called Mah-Jong, he was most often just referred to as ‘Jongy’. It was a time of unusual pets. Unity Mitford had a snake called Enid and was reputed to have brought her pet rat to a debutant ball.

Jongy had accompanied them on a trip on the couple’s boat from Cape Town to Cairo. It was reported that Jongy had his own special deckchair. It is also reported that he bit a dinner guest so bad that it took three months for the man to recover. 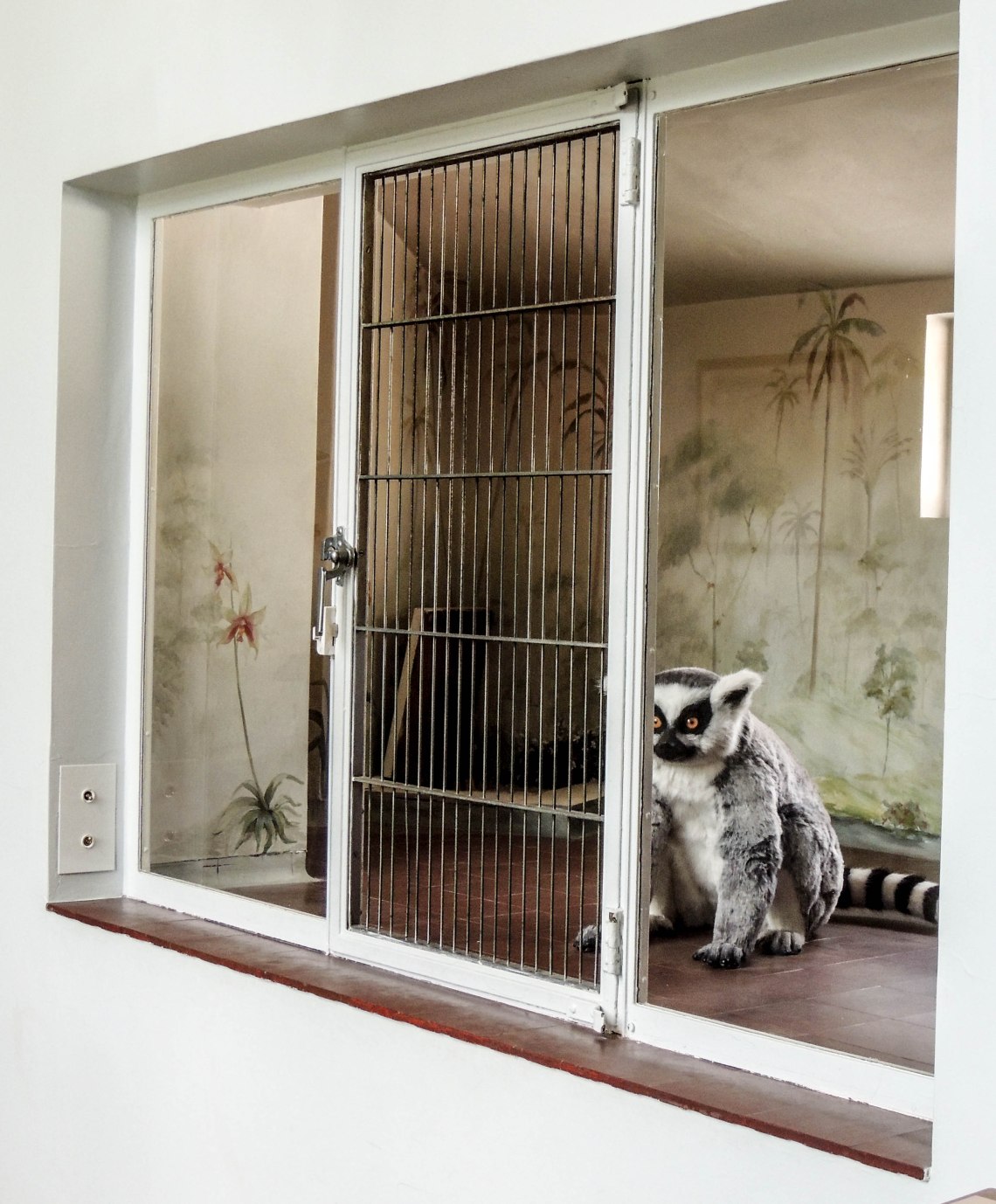 At Eltham Palace, Jongy had his own quarters built on the first floor. It was centrally heated and decorated with scenes from the rainforest. However, he often had the run of the house and there are reports of guests at dinner being nipped on their ankles during the meal. 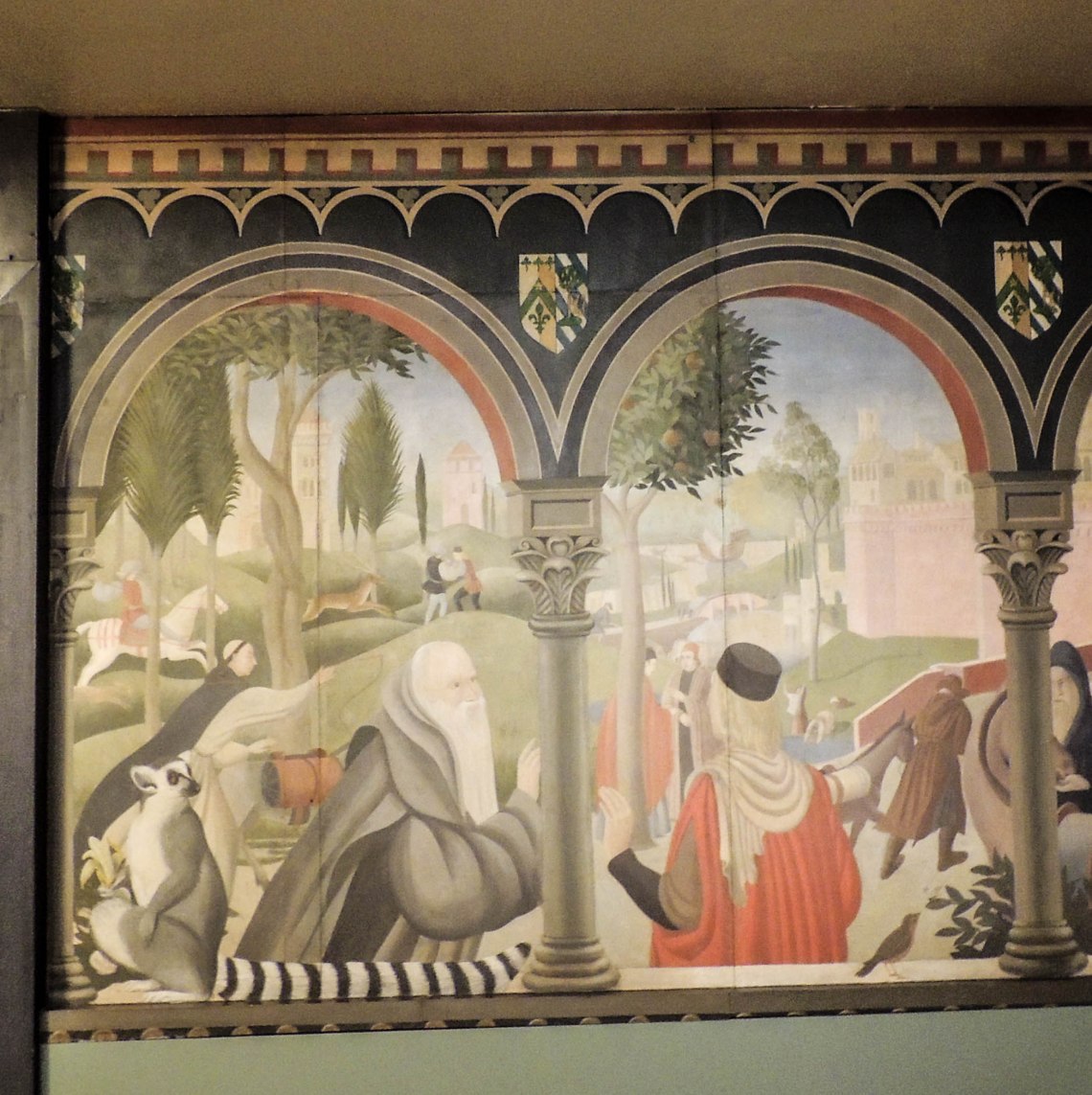 Mah-jong died in 1938 at Eltham. Images of him can be found within the decoration within the house.