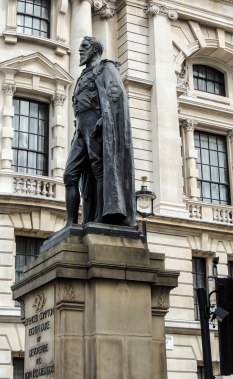 Spencer Compton was one of the longest-serving government ministers in UK history and holds the unique record of 3 times being asked to form a government and 3 times refusing the offer.

He was born in 1833 and educated at Cambridge. He entered parliament as an MP in 1857 and by 1863 was part of the Liberal cabinet of William Gladstone, serving at the Admiralty and War Office before becoming Postmaster-General. In 1870 he became secretary of state for Ireland. With the election defeat of 1875 and the resignation of William Gladstone, he became the leader of the Liberal opposition. The Liberal party was victorious in 1880, but Compton declined to form a government serving instead as Secretary of State for India (1880-2) and Secretary of Stae for War (1882-5) in Gladstone’s second government. By 1886 Gladstone’s policy on Ireland had seen Compton leave the Liberal party to join the Liberal Unionists, who gained the balance of power in the election that year. Again Compton declined to form a government and also refused to serve in Gladstone’s third government which followed. He was again asked to form a government the following year but again refused, seeing his best role as having freedom of action to follow his own policies. In 1891 he became Duke of Devonshire, succeeding his Father and transferred to the House of Lords, where he continued to argue for the policies he had backed when an MP. From 1895-1902, he again served in the cabinet of Lord Salisbury’s government and for a short time under Arthur Balfour who succeeded Salisbury as Prime Minister. He resigned in 1903 and died in Cannes in 1908 as a result of pneumonia.

This statue stands in Whitehall close to the centre of UK Government.