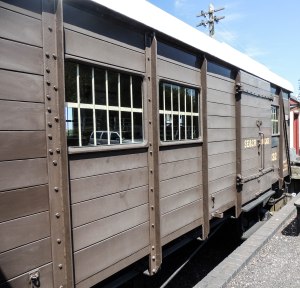 Van 132, known as the Cavell Van was built in 1919 as a luggage van to run on passenger services on the Chatham and South-Eastern Railway. Within a few weeks of service, it was selected to convey the body of Edith Cavell, a nurse who was working in Brussels at the outbreak of World War I. When the Germans captured Brussels Cavell and a few colleagues were allowed to remain. She became involved in the underground resistance and played an important part in the escape network for British servicemen trapped in Belgium. She was arrested in August 1915 and tried by a German military court. She and 4 others were executed by firing squad on October 12th. In 1919 it was decided that her body should be brought back to the UK and buried in Norwich Cathedral and van 132 played its part by carrying her coffin from Dover to Victoria on 13th-14th May and the newspapers reported that every station along the route was packed with people wanting to pay their respects. 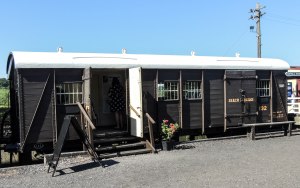 Van 132 was used again on the 4th July for the repatriation of Captain Charles Fryatt, who was master of a merchant ship, who in 1915 was ordered to stop by a German U-Boat. Fryatt refused and attempted to ram the U-boat, which just managed to dive in time. He was captured a year later whilst trying to evacuate refugees from Holland. In July 1916 he was tried for piracy and executed by firing squad. This caused general condemnation not only from the allied nations but also from many neutral countries. His coffin was conveyed across the Channel to Dover and thence by train to Charing Cross on route to Dovercourt in Essex where he was reburied. 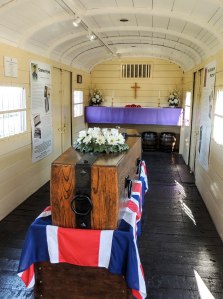 Van 132 was to be used again in November 1920 when it was used to carry the body of the ‘unknown warrior’. An unidentified body had been chosen and the coffin bearing the inscription ‘A British Warrior who fell in the Great War of 1914-1918’ was conveyed from Boulogne to Dover, where it was placed into van 132 for the journey to Victoria. The next day it was taken to Westminster Abbey for the burial service in a new memorial to remember all those who had fallen during the war.