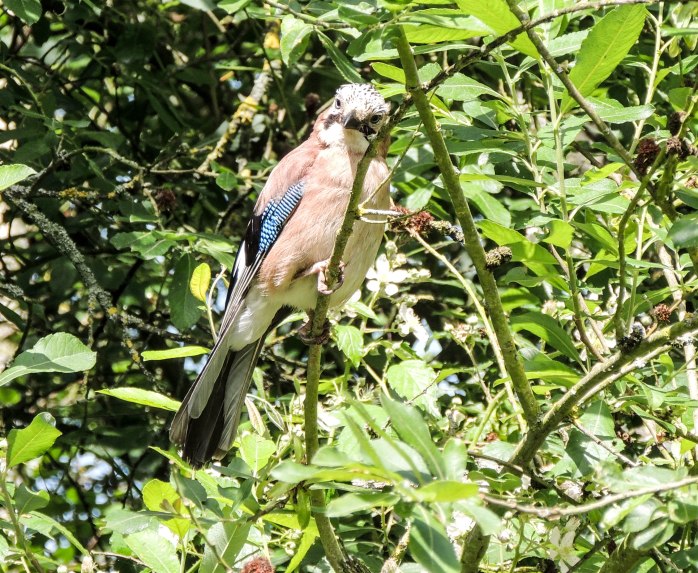 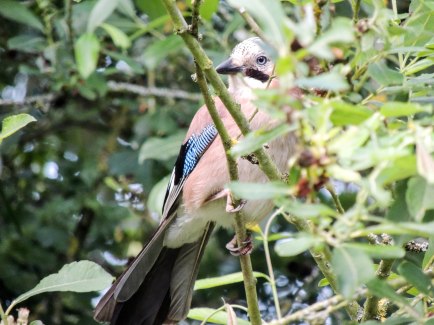 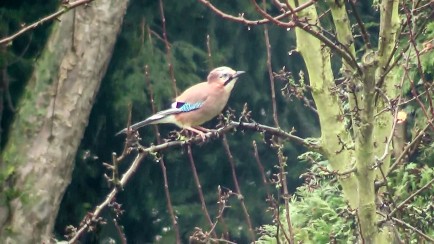 The Jay is a colourful member of the Crow family, yet it can be one of the most difficult to see. It is a shy bird of woodland and often all that is seen is the striking white rump as it crosses openings in the trees. It is resident across much of the UK, though absent in parts of the north of Scotland and west of Ireland and it is estimated that there are about 170,000 breeding pairs in this country.

It is best known for its habit of caching acorns in the autumn, which it will then retrieve during the winter months.