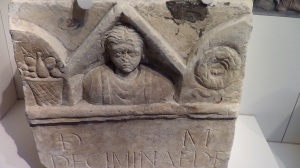 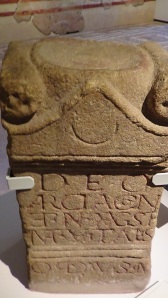 The tombstone of Arciaco, a Roman centurion who public came from northern Italy. His tombstone gives equal honour to his own personal god and to the divine emperor. 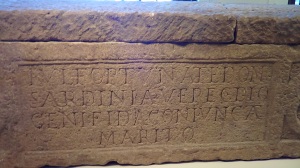 This coffin is something of a mystery. According to the inscription, it was the coffin of Julia Fortuna of Sardinia. However, the skeleton inside was that of a male, suggesting that the tomb may have been reused at some later date than the original burial to house a second body.

This is the tomb of a blacksmith. The image shows him at work in his forge.

these tombstones can all be seen in the Museum of Yorkshire