At first glance locomotive 4866 may not appear terribly special. The 48 class were built in the 1930s, primarily for branch line passenger traffic. It was a efficient and popular class of locomotive and continued to serve into the British rail era on branch lines.

4866, was built at Swindon in 1936. It spent most was operational life based at Newton Abbot in Devon until the closure of that depot when it was transferred to Taunton in Somerset. One story about its time in service is that while standing in Newton Abbot station, its crew saw a train bearing down on them on the same track. With instant reaction they set the engine in motion and then the fireman jumped from the cab. Unfortunately, the driver also fell out of the cab and the train moved off on its own until it was rooted driver-less onto a branch line when it continued for 7 miles until it was purposely derailed. Luckily it survived its adventure and returned to service.

However, in April 1964 it was selected for preservation and was the first locomotive ever bought by the Great Western society, then based in Totnes in Devon. They paid £750 for it. On the establishment of the society’s new headquarters at Didcot 4866 ran under its own steam from Devon to the centre at Didcot. Since preservation it has spent much of its time in operational order. However, following the expiry of its boiler certificate 4666 is currently on static display at Didcot awaiting assessment of the costs of returning it to running order. 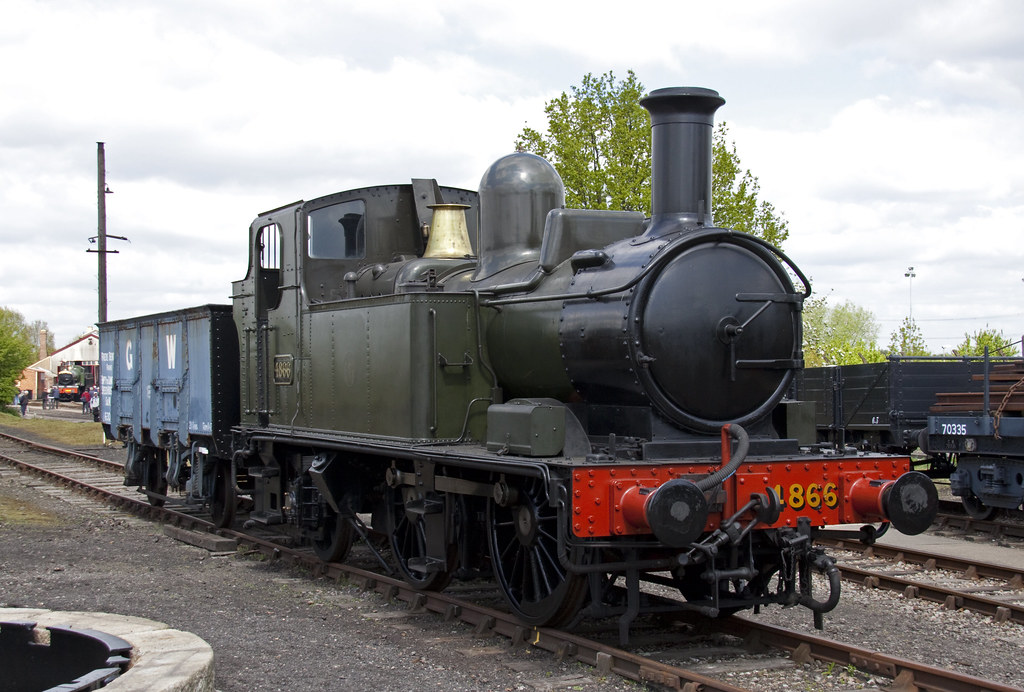