When I returned from Bookham Common on Wednesday, I decided to do the weekly survey of my local patch. It is still quite a depressing scene around the Tarn as although the water pump at the Western end is managing to break up the bloom and aerate the water.

There are only a few water birds present. In fact one coot and one Moorhen.

Imagine my suprise therefore when amongst the bloom at the eastern I end I found a Little Grebe, the first sighting since an individual during April and May last year.

Also had a distant view of a Red Fox by the Tarn. He saw me from a way off and moved smartly towards the undergrowth. He paused for a moment, giving me a good look trying to decide if I was a threat and was then off into the trees and vegetation.

This is the first survey since the beginning of the summer which recorded no Dragonflies or Butterflies and this is I guess a sign of the changing seasons as we go from summer into autumn. However as I returned home I noticed two bumblebees on the Lavender. I was suprised to find they were two male Red-tailed Bees, a species I have not recorded on the patch previously. 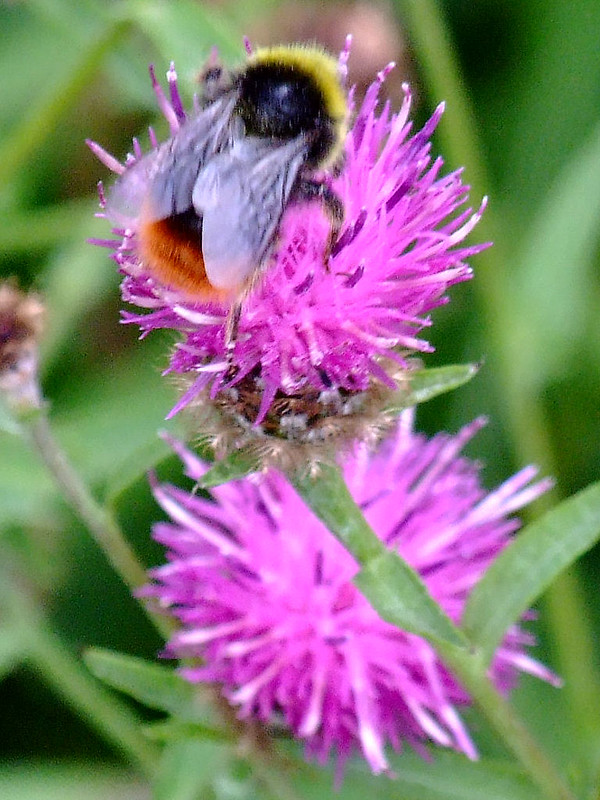