There is some evidence that the church may have existed on this side since Anglo-Saxon times. However, it is certain that a Norman church was built here around 1080  and served as the London headquarters of the Archbishop of Canterbury. 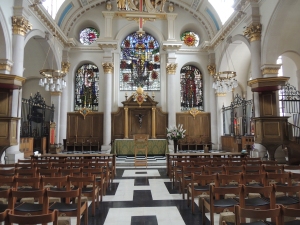 The original church was rebuilt after it was badly damaged by the London tornado of 1091 and finally succumbed to the great Fire of London in 1666. 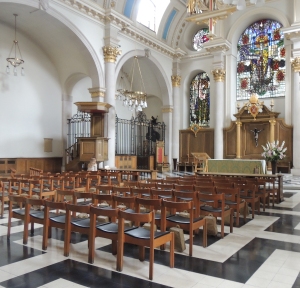 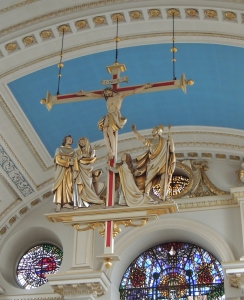 It was rebuilt by Sir Christopher Wren after the fire and this church survived until 1941 when it was almost totally destroyed during the bombing of London. Rebuilding did not commence until 1956  and the church was finally reopened in 1964. As a result, it is home to some very fine modern stained-glass windows. 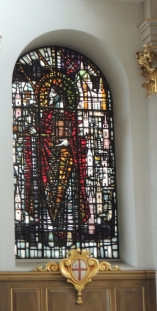 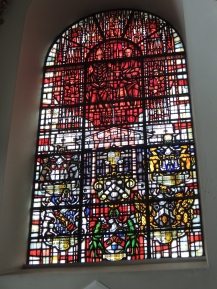 It is the home of Bow Bells and it is said that the mediaeval bells  could be heard as far away as Hackney marshes and legend has it that it was the bells of St Mary le Bow that Dick Whittington heard as he was leaving the city which called him to turn around and seek his fortune again there.