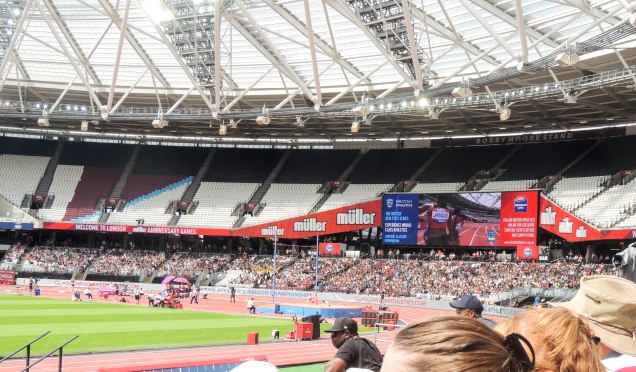 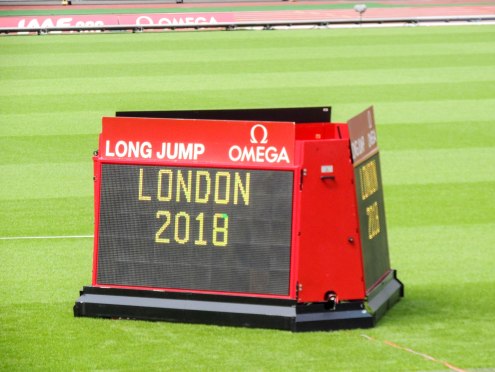 The afternoon at the London Anniversary Games continued with a para-athletic 200 metres for men and a Women’s 400m Hurdles. The Women’s Javelin competition was partially hidden from our sight by a scoreboard and all we really saw was the Javelins appearing from behind it to arc into the centre of the field. 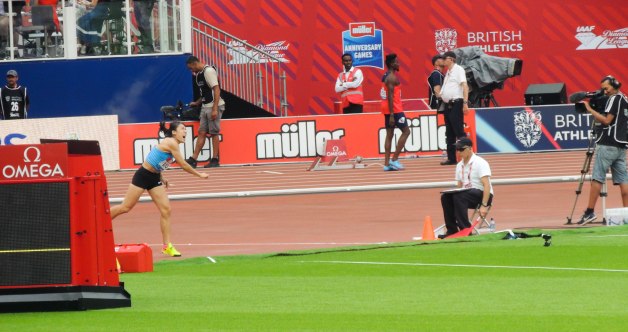 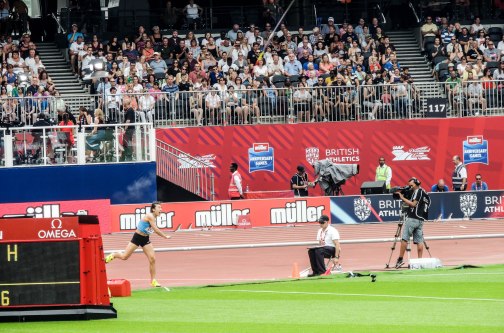 Then followed the heats of the 100 metres, first for the women and then the men. 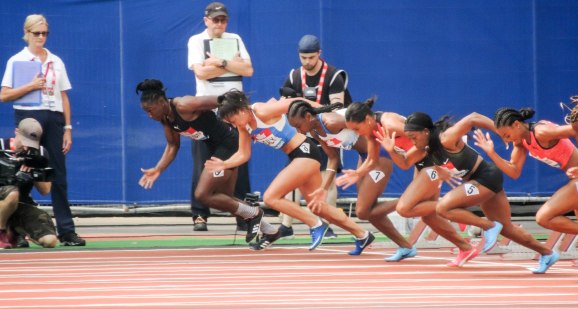 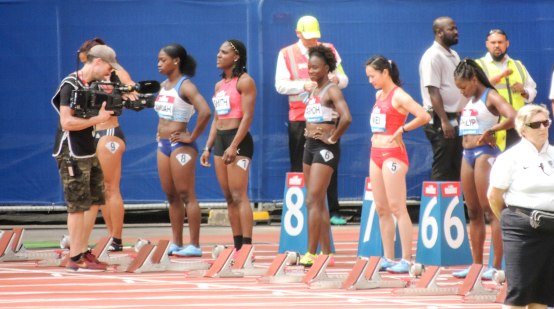 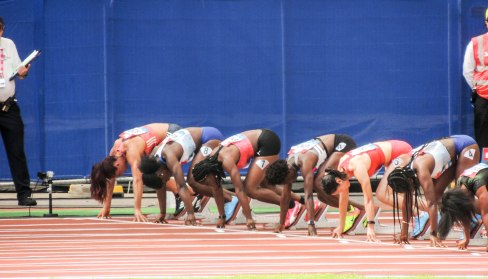 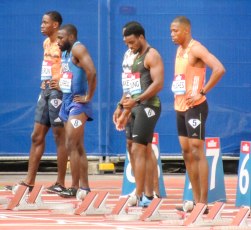 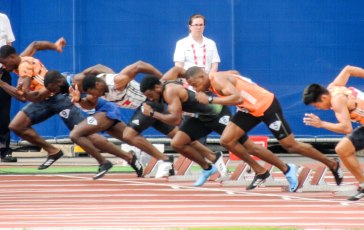 In front of us was the Women’s Long Jump, which included the UK’s talented trio of jumpers, Lorraine Ugen, Shara Proctor and Jazmin Sawyers, who are all currently in the world top-10 this year, plus the World Indoor Pentathlon Champion, Katarina Johnson-Thompson. 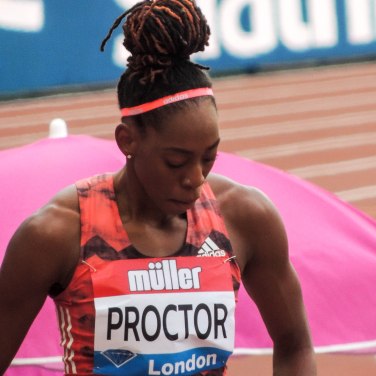 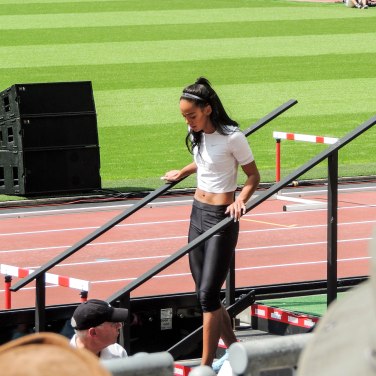 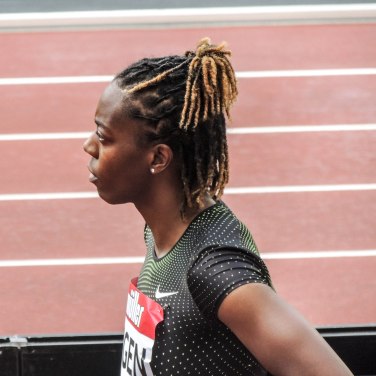 The competition was won by Shara Proctor with Lorraine Ugen in second and only a few centimetres between them.

The Men’s 400 metres followed and was won by Abdalleleh Haroun of Qatar, who came from no-where on the last straight to storm past the leaders. After this was the slightly more sedate pace of the Men’s 5000 metres. 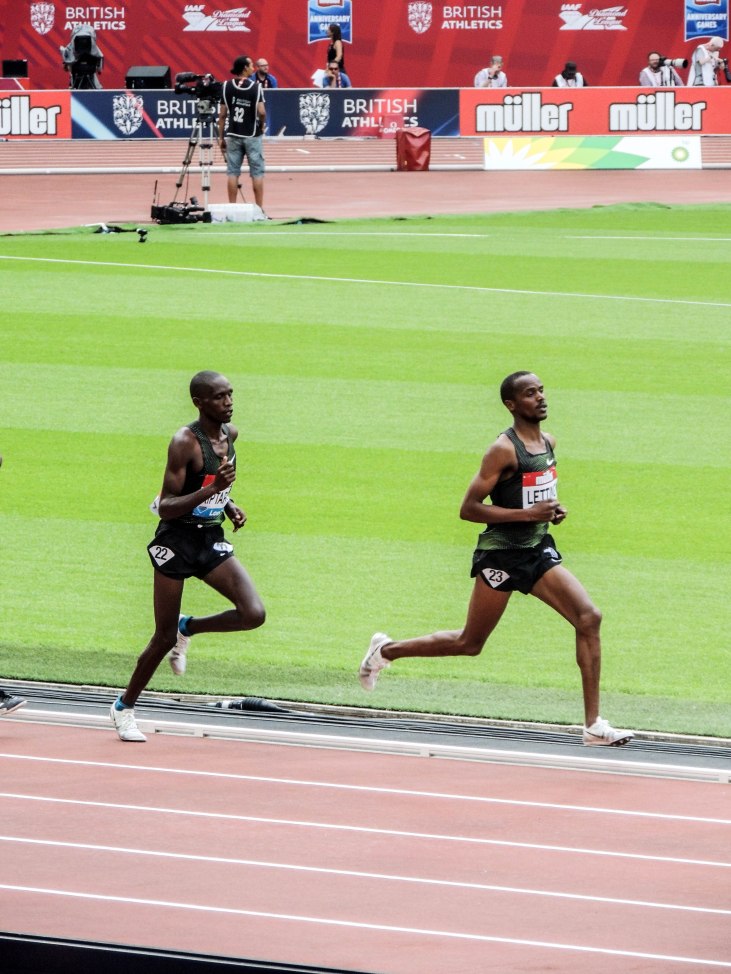 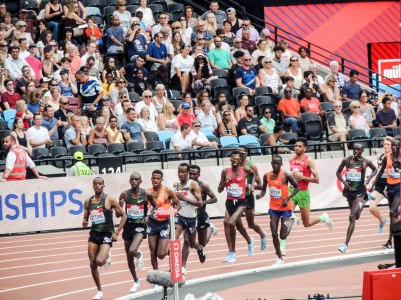 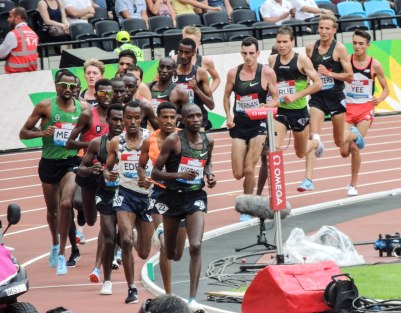 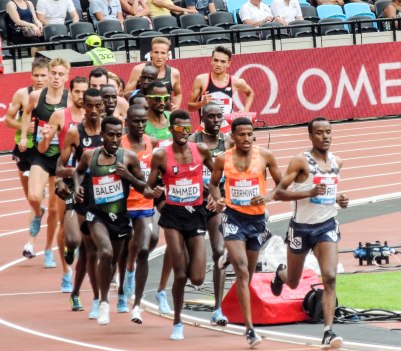 In the Men’s 400m hurdles Karsten Warholm of Norway won, but worryingly from a UK perspective Jack King landed badly from a hurdle and appeared to injure himself. Not what you need a few weeks before a major championship. 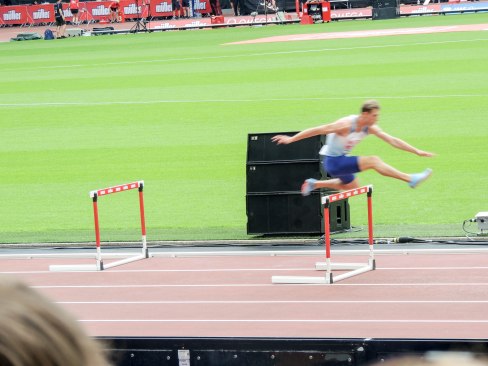 Jack King clears a barrier in front of us

The final events of the afternoon were the Men’s and Woman’s 100-metre finals. 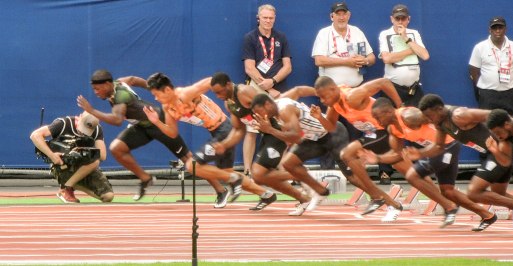 A great afternoon of athletics.