I am away this week so am re-posting some posts on art in Amsterdam .

Vincent van Gogh was born on 30 March 1853. After school he went to work for an art dealers, but in pursuing his desire to become a pastor, he left in 1879 and went to work as a missionary in a poor mining region in Belgium. The scenes that he saw here are captured in some of his paintings. 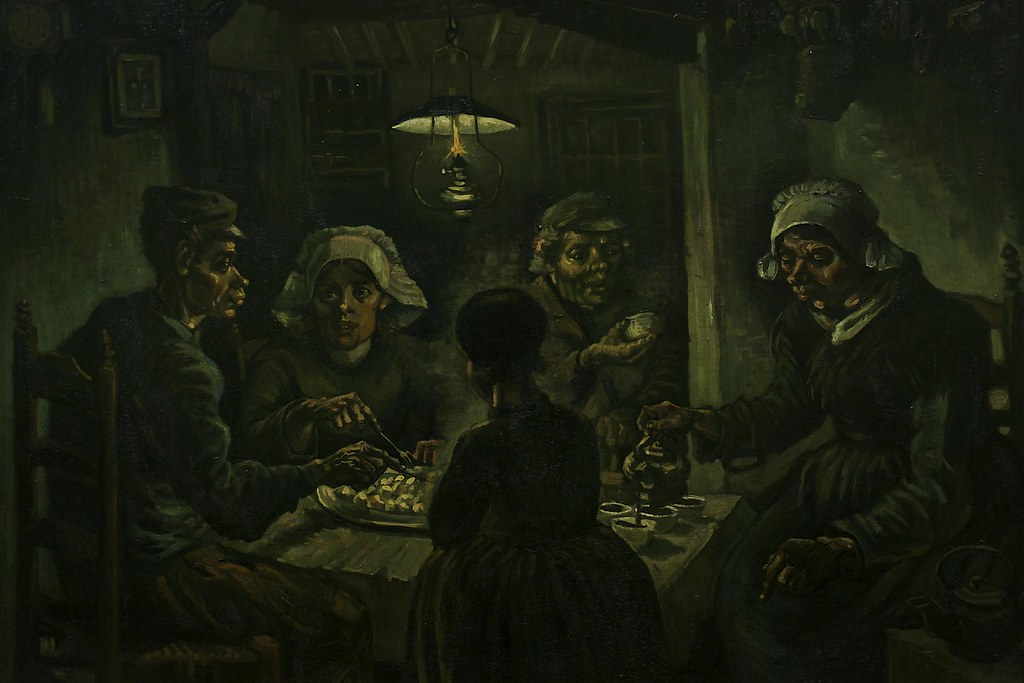 In 1885 he moved first to Paris and then to the South of France and concentrated on his painting. He continued to struggle throughout his life with mental and physical health issues. In Paris, he developed a friendship with the artist Paul Gauguin and the two painters lived together for while in Arles, but in December 1888 Van Gogh in a bout of depression threatened Gauguin with a Razor and was admitted to the local psychiatric hospital. Gauguin left Arles and the two never met again. Van Gogh went first to a hospital in San-Remy and then to Auvers-sur-Oise. It was at Anvers that he committed suicide on 27 July 1890.

Van Gogh was 47 years old when he died. His works are famous for their use of colour and their bold style.