The Cutty Sark was built for speed and nowhere do you get a better feeling of this than when looking at her in profile. The new display arrangement by which the ship is suspended enables you to get a real idea of how the keel would cut through the water. 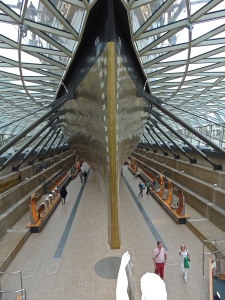 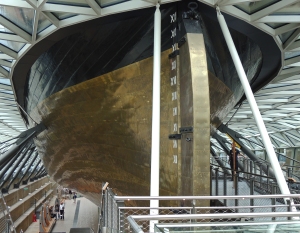 Interestingly the bridge of the ship is a rather strange affair as the helmsman faces the rear of the ship with his back to the compass.

The way the ship is rigged and laid out (at least at present) means that anyone on the bridge could not see forward and would have relied on lookouts further forward to inform them of what lie ahead. 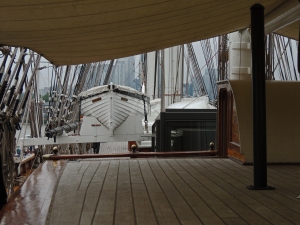 It struck me that this was another big difference between this ship and warships of that era where the bridge gives a raised all-round view.