The first recorded church on this site is in the 13th century. This was presumably destroyed during the great Fire of London and Sir Christopher Wren built a new church between the years 1686 to 1694.

The name Paternoster Royal is most likely derived from a maker of Rosaries (Paternoster) and the region of La Reole in Bordeaux, from where wines arrived at a nearby wharf. 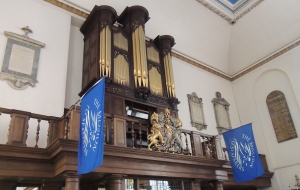 It is sometimes known as the Whittington church, as Dick Whittington, four times Lord Mayor of London, lived nearby and was buried in the medieval church. A modern memorial window to him can be found in the church.

The interior was restored following damage during World War II and has some fine modern stained glass windows. The church now serves as the headquarters of  The Mission to Seafarers. 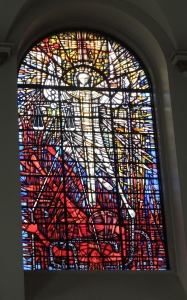